Busy Weekend For The Renegades.

The Renegades had a busy weekend with The Dauphin Clippers coming to Reston on Friday and the Vincent Massey Vikings rolling into Elkhorn on Saturday. The boys held off the Clippes for as long as they could. Billy Patmore with an outstanding game gave the renegades a chance as it was 0-1 going into the third. A couple bouncing pucks and a late push by the Clippers lead to a 0-4 loss. Saturday was our turn to fire up the offense and finally score some goals. A game full of hits, chirps and goals led to an 8-2 Renegades win over Vincent Massey. 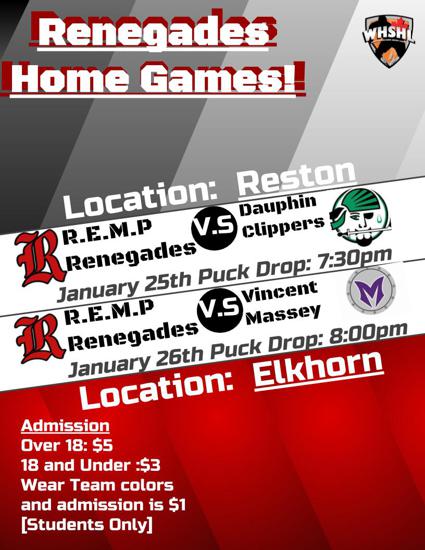 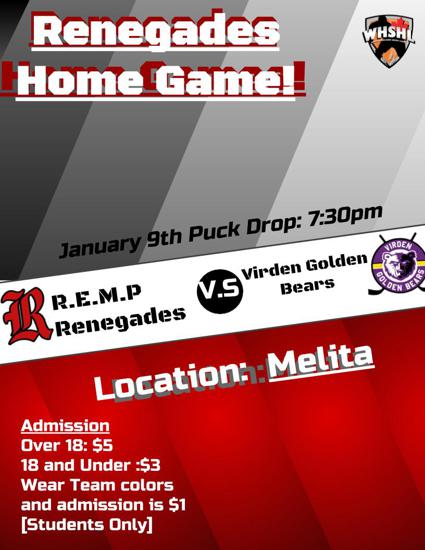 The Renegades pull of an 8-5 win over the Souris Sabres in an exciting game at home.

The Renegades lost a tough one to Sandy Bay last night. There was some good hockey played in the first period, but Sandy Bay came alive in the second. A quick few goals by Sandy Bay shocked the Renegades and the boys couldn't pull off the win. 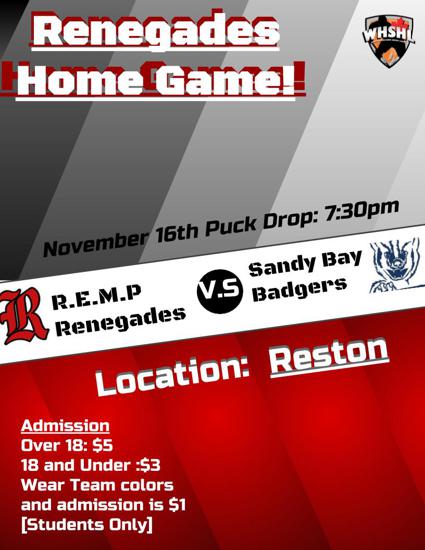 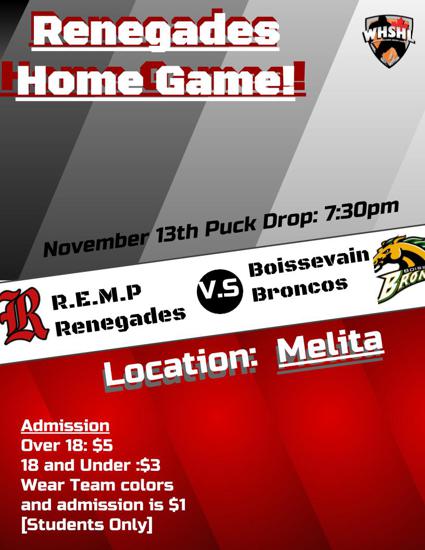 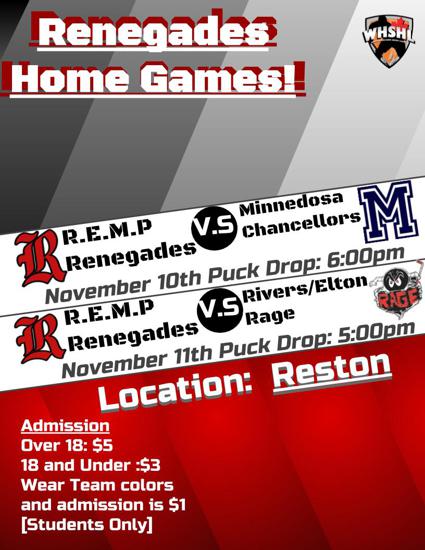 The Renegades season came to an end in Neepawa tonight with a 3-2 loss. The Renegades wish Neepawa the best of luck in their future games.

Renegades lose Game 1 of the series in a 6-5 battle in Melita. Next action is Game 2 in Neepawa on Saturday. Jayce… https://t.co/lzvs6hdYgb

Renegades take down Souris in a 3-1 battle. Goals from Soder, Tilbury and C. Murray.

Last night the Renegades were able to gather another 2 points defeating the Colts 4-2. Today we prepare for a large… https://t.co/Gw2OFBENJH

Renegades bounce back and take down Boissevain with a 3-1 win in Reston. Goals from Soder, T.Shiner and Taylor. Pat… https://t.co/bfY5AdG48G